Back to homepage
Help Info 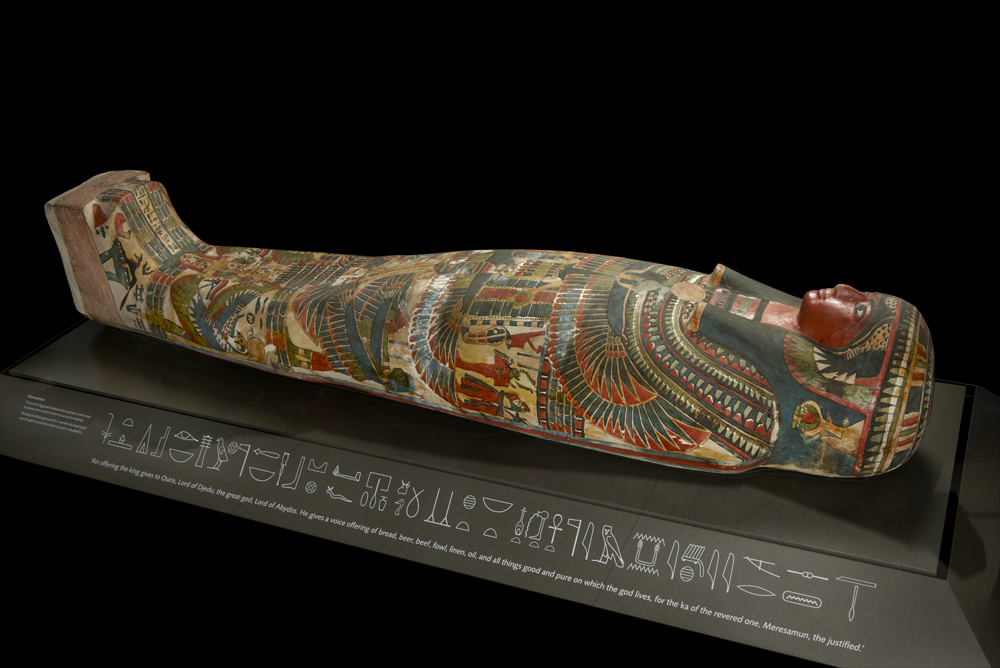 Egyptian representations of the human form

The Princesses fresco. Fragment of wall painting showing the two daughters of Akhenaten and Nefertiti. AN 1893 1 41

Explore the different representations of the human form, in many different media and styles in the Ashmolean’s Egypt galleries. Find models of people performing tasks, wall paintings of royal family members, carved statues of pharaohs and gods and stone inscriptions and buildings. Compare the presentation of clothing, adornment, hairstyles in different objects. 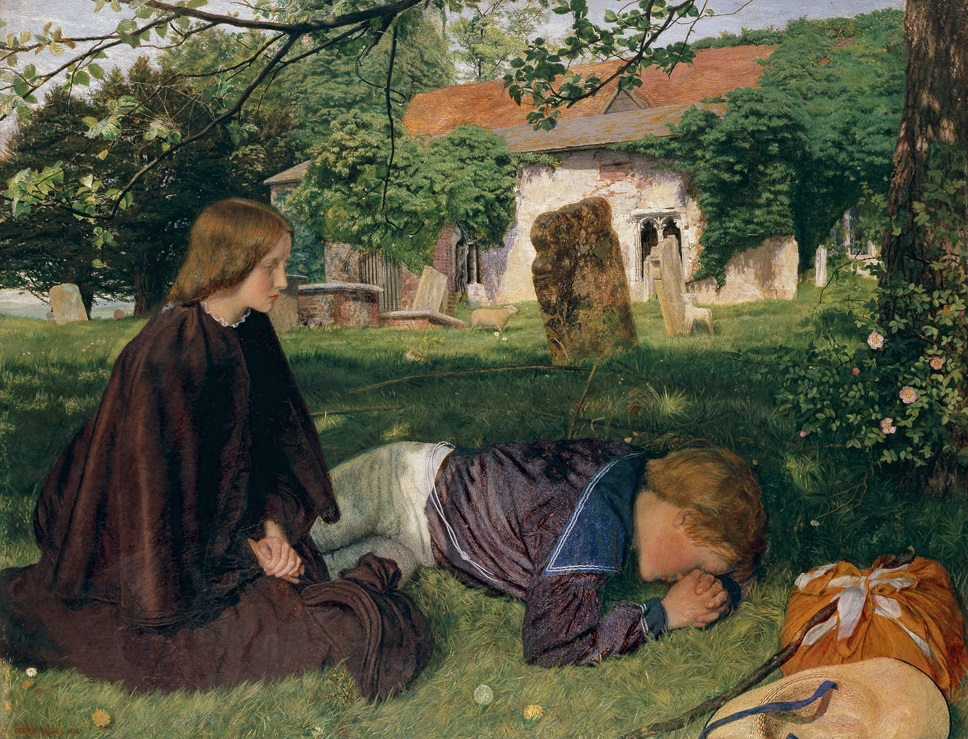 Home from Sea, Arthur Hughes (1832-1915).WA1907.3  A boy is desolate over the grave of his mother. The ephemeral spider’s webs, dew drops, dog roses and dandelion seeds all emphasise the theme of transience. The boy’s loss is reflected in the lamb separated from its mother by the barrier of the tomb.

The Pre Raphaelite Brotherhood refers to a group of artists who were opposed to the Royal Academy’s promotion of the Renaissance painter Raphael.  They were inspired by nature, and their paintings often feature themes from religion, literature and poetry, particularly dealing with love and death, they also explored modern social problems. Explore the Ashmolean’s Pre-Raphaelite gallery. Make annotated sketches to show how figures are portrayed and paintings are composed and explore the vibrant use of colour. Identify common features and subject themes. 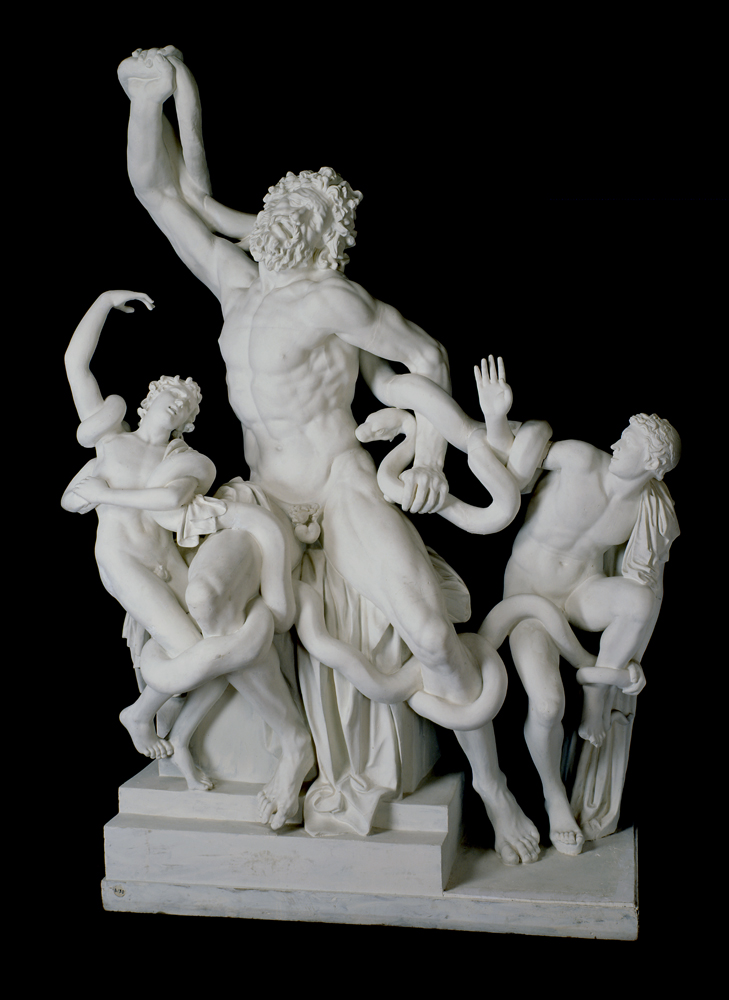 The Trojan priest Laocoon and his sons struggle with two flesh eating snakes that have been sent as a divine punishment for the priest’s crimes.  CG

Wealthy visitors taking the Grand Tour around Europe often brought back similar souvenirs from their travels. Explore the Museum’s Randolph Sculpture Gallery with original classical sculpture transported to England at this time. The Classical world was densely packed with sculpture and inscriptions. Use the Museum’s Cast Gallery to consider how the human form is presented: pose, physical features and details of hairstyles, clothing and facial expression. The original statues were brightly painted to give an impression of a real person. Experiment with bringing these casts back to life by drawing them and adding colour.

One of the largest intact marble figures of the early Cyclades. Some body features are clearly shown; the eyes were originally painted and traces of the right eye are visible halfway down the nose.

The Ashmolean Museum’s collections contain many varied of representations of the human form in painting and sculpture across different times and places. What materials and techniques have been used? What similarities and differences can you observe? Make sketches to show your ideas. 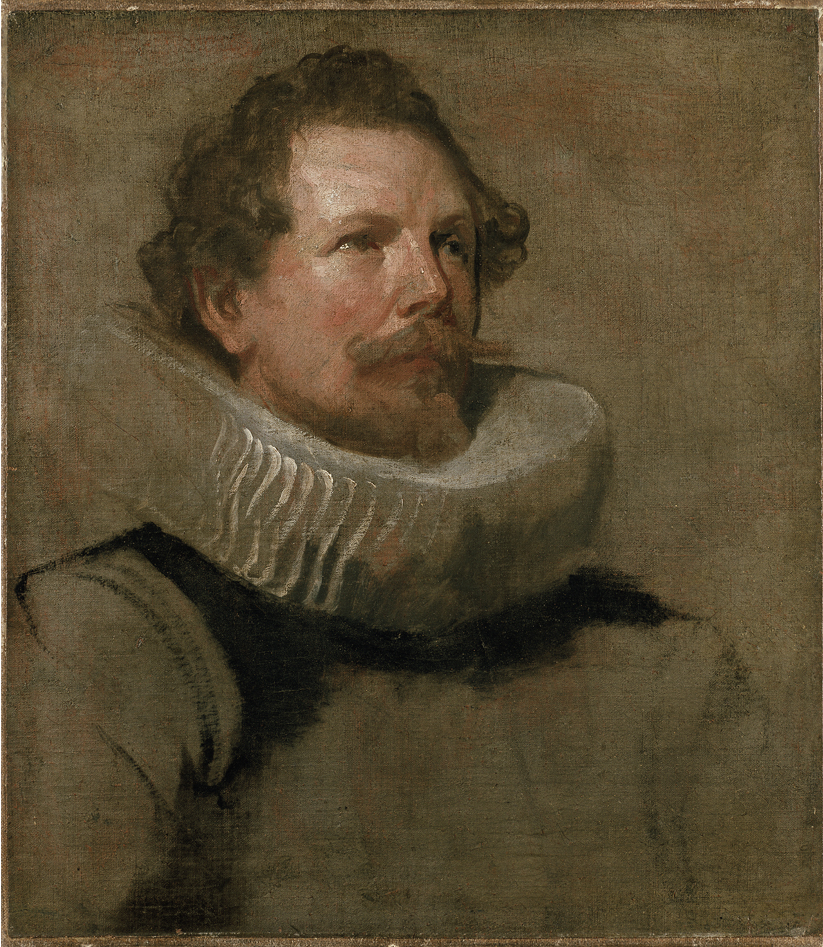 Explore a range of portraits across the Ashmolean’s Western Art Collections.  Compare and contrast head studies. Consider the composition, choice of materials, physical pose and facial expression. Choose and draw your favourite, then add annotations to show key features. 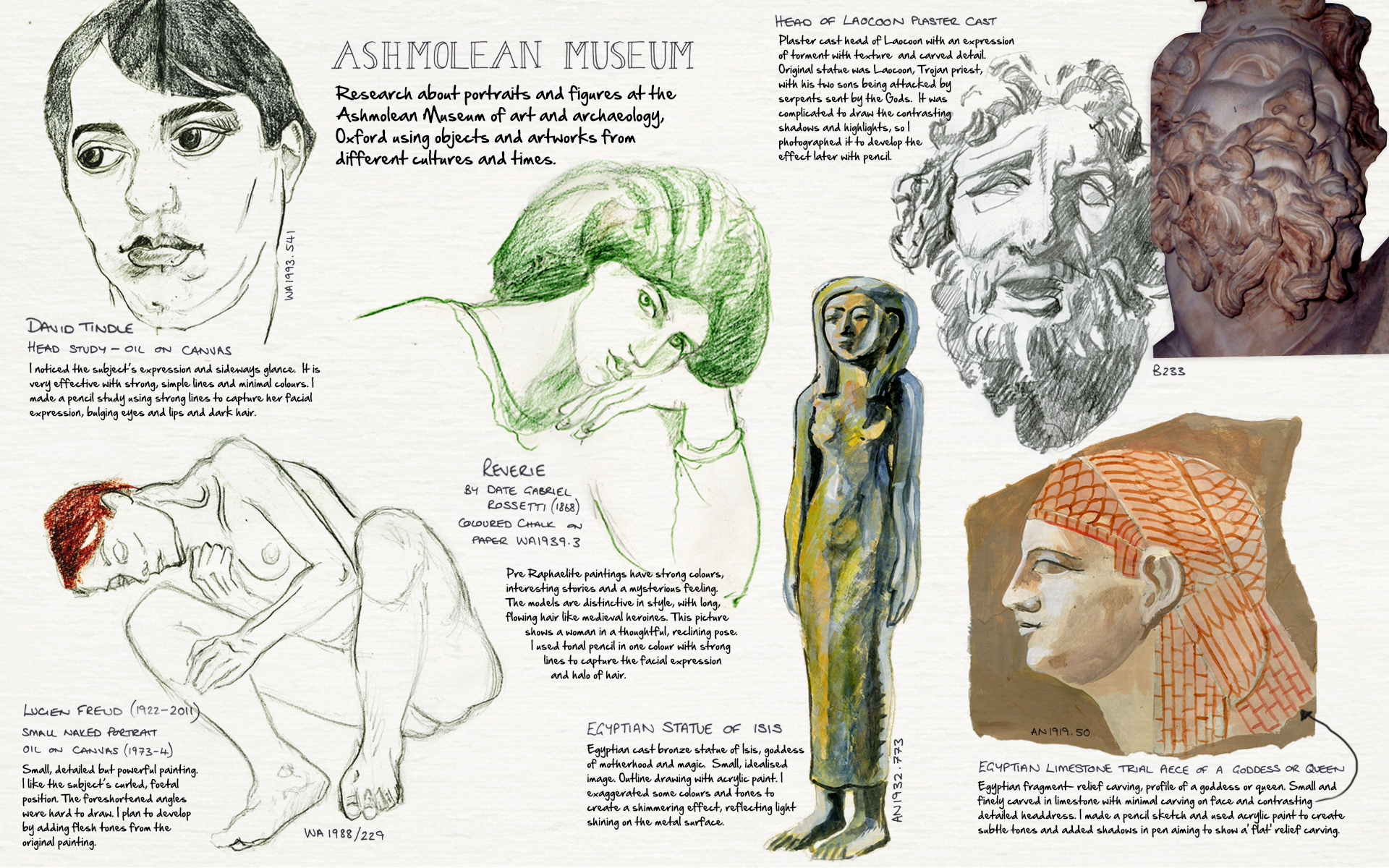 This box shows you what you are viewing on the screen

Toggle to turn hot spots on and off

This website is optimized for iPads and desktop displays. Anything below iPad size could result in strange behaviour...